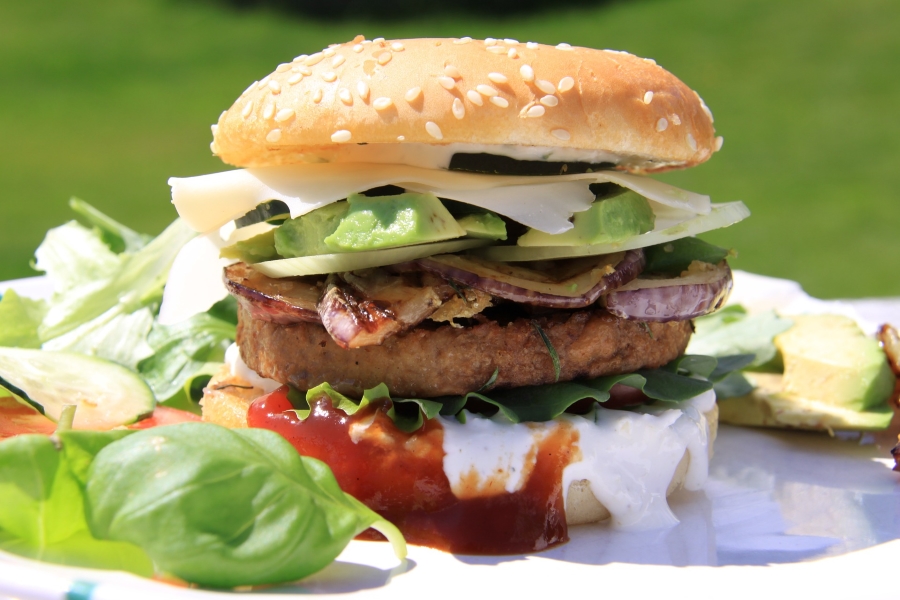 Veggie burgers are mostly not vegan because animal products such as eggs and milk are included in their recipe.

Unlike before, veggie burgers have picked up popularity quite fast among the masses. This is because they are believed to contain fewer calories as compared to beef burgers yet their taste is just as great.

Most veggie burger chefs use milk and eggs to bind the burger together which is an obvious no-no. A good binding alternative for the vegan can be potato starch slurry which when boiled at 180 degrees holds the burger together the same way as eggs and milk do.

The best thing about veggie burgers is they can be made with simple ingredients found in our kitchens. Some startup companies such as The Impossible Foods have come up with plant generated patty that looks, tastes, and feels the same as beef.

Like to be your own chef? Check out this super-duper vegan burger recipe:

Here are two more vegan burger recipes you could try at home.

All the same, there is no harm in grabbing a vegan veggie burger while on the go, a little extra caution is all it takes. You can opt for: